Who is Scott A. Butler?

Scott is just an everyday, ordinary British man with a pen and a laptop.
He has a very firm addiction to tea and is fascinated by anything British.

Born in the 80's, Scott lost his natural hearing during his childhood, now relying on the use of hearing aids to be able to hear. He was a very mischievous child who always enjoyed writing.

Scott has previously worked for a family property restoration business alongside the CEO, he has volunteered at some schools in various roles and was a supervisor at an educational centre for children with physical, mental and learning disabilities.

After losing his natural hearing at a very young age, Scott developed a very active imagination. He discovered his passion for writing when he found an old typewriter in his grandparent's house at the age of eight. From then on he would pen or type stories for his own entertainment and share them with his family.
At the age of twelve, Scott discovered through his grandfather that he is related to a famous author and poet, Samuel Butler, who is best known for his utopian novel, "Erewhon", for being one of the first authors to describe machines with artificial consciousness and translating some of Homer's works into English.
Writing runs Scott's blood.

As a child, Scott was fascinated and influenced by authors such as Roald Dahl and R.L. Stine. Growing up he gained further influence from more authors such as Terry Pratchett, J.R.R Tolkien and Stephen King, to name three.
After spending some time as a freelance article writer, Scott decided that he would attempt to focus on story writing once again.
He is currently working on a dystopia-genre novel series. 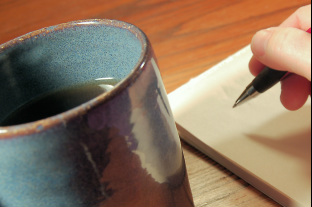